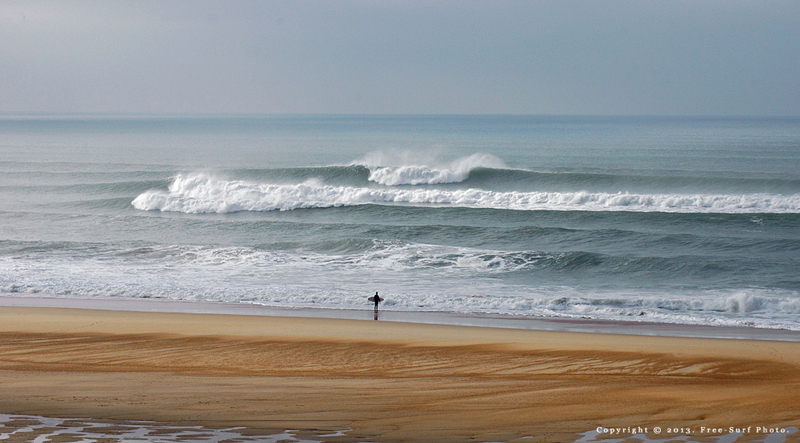 This morning was cold in the south of Landes, but the sky was bright and things would slowly warm up throughout the day. First checks of the local breaks were promising with glass waves on a rising tide that suggested another fun day of surf. But that probably meant also the same crazy crowds and unmanerly players judging from the previous days.

That’s where a bit of experience of the region is helpful when time comes to escape from the mess. Fortunately, this coast stretches over miles of empty beaches, so there’s obviously a few sandbars here or there that are just pumping with no one or almost around. However, to play alone, you’d better know a thing or two: about the hidden accesses to these secrets and when the sandbanks are good, since they are constantly changing from one swell to another.

In these conditions, the ultimate weapon is a bike. The only way to investigate the coast further is exploring dirt tracks winding through a mixed wood forest of pine. Driving there is prohibited, anyway driving, biking, walking or whatever is at the risk of getting lost in a maze of forest paths, with few chances of finding good banks.

But if you had the chance of being initiated, like I was years ago, finding yourself riding a bike loaded with board, wetsuit, water, food and others in tree labyrinths and dunes can be well worth the effort. Not to mention the stoke of being on your own in this sanctuary. As far as I’m concerned, these moments are savoured at fair value, fugit irreparabile tempus.