Hard to be excited about the last days of swell while many people are affected by the aftermath of “cyclone Cleopatra” which has severely hit the island of Sardinia last week. High water temperatures in the Mediterranean sea have created the conditions for a low pressure system to take up enough energy and organize itself into an extratropical storm. This combined with a slow moving center produced extreme rainfall over a localized area. The equivalent of six months of rain affected Sardinia in less than twenty four hours causing massive flooding, significant damage and the death of 16 people. Italy declared a state of emergency after what turns out to be one of the largest natural disasters over there.
However, this kind of storm is not unusual, even in the Mediterranean. Dramatic weather conditions happen each year especially in the fall/winter season. Meanwhile, a clean swell also pulsed a bit with fun uncrowded waves to enjoy somewhere. 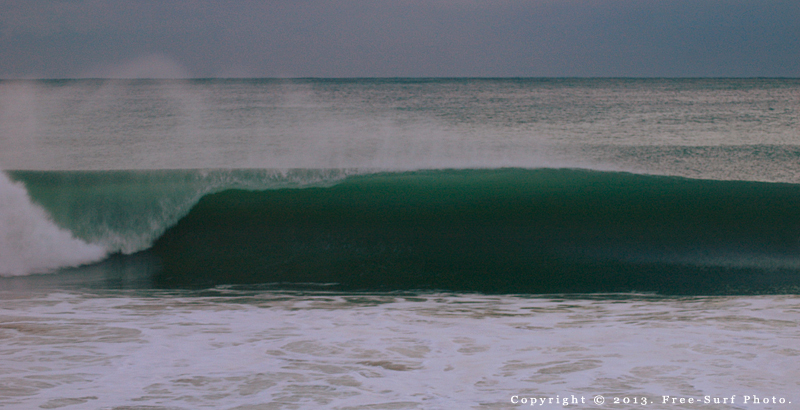